20151215 Lights Out: How It All Ends (A collection of articles from the Scientific American about ptnential major “civilization ending” disasters, 2012)

Loc 299-302 : The U.S. national vaccine advisory committee recommended in 2004 that the first shots to roll off the lines should go to key government leaders, medical caregivers, workers in flu vaccine and drug factories, pregnant women, and those infants, elderly and ill people who are already in the high-priority group for annual flu shots. That top tier includes about 46 million Americans.

Loc 328-329: vaccine makers aim only to meet the demand for annual immunizations when making business decisions. “We really don’t see the pandemic itself as a market opportunity

Loc 389-391: The experts recommended surgical masks for flu patients and health workers exposed to those patients. For the healthy, hand washing offers more protection than wearing masks in public, because people can be exposed to the virus at home, at work and by touching contaminated

Loc : 412-414: The greatest cause of seasonal flu-related deaths is pneumonia brought on by bacteria that invade after flu has depleted the body’s defenses, not by the flu virus itself. Modeling a pandemic with similar qualities, Dutch national health agency researchers found that hospitalizations might be reduced by 31 percent merely by vaccinating the usual risk groups against bacterial pneumonia in advance.

Loc 710-711: Failing states are of international concern because they are a source of terrorists, drugs, weapons and refugees, threatening political stability everywhere.

Loc 832-837: If China turns to the world market for massive quantities of grain, as it has recently done for soybeans, it will have to buy from the U.S. For U.S. consumers, that would mean competing for the U.S. grain harvest with 1.3 billion Chinese consumers with fast-rising incomes—a nightmare scenario. In such circumstances, it would be tempting for the U.S. to restrict exports, as it did, for instance, with grain and soybeans in the 1970s when domestic prices soared. But that is not an option with China. Chinese investors now hold well over a trillion U.S. dollars, and they have often been the leading international buyers of U.S. Treasury securities issued to finance the fiscal deficit. Like it or not, U.S. consumers will share their grain with Chinese consumers, no matter how high food prices rise.
Loc : 931-932:  Saturday, 19 December 2015 15:25:42 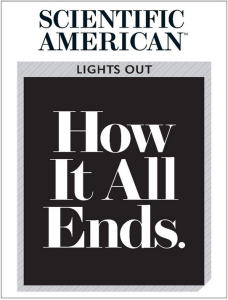 Loc 1552-1553: The influx of some 50 survivors of the collision of two jet airliners on Tenerife in the Canary Islands a few years ago put a strain on burn centers in the U.S., which have a maximum capacity of about 130 patients

Loc 2035-2037: Present technology for aiming and guiding rockets is close to miraculous. I once overheard two scientists arguing about why Pioneer 11 had arrived 20 seconds late at Saturn—after a journey of six years.

Loc 2088-2089: The bad news is that we can expect in the next 200 years a small space rock to burst in the atmosphere with enough force to devastate a small city.

Loc 2294-2296: supervolcano eruption packs the devastating force of a small asteroid colliding with the earth and occurs 10 times more often—making such an explosion one of the most dramatic natural catastrophes humanity should expect to undergo.

Loc 2314-2315: In the past two million years, a minimum of 750 cubic kilometers of magma has exploded all at once in only four regions: Yellowstone National Park in Wyoming, Long Valley in California, Toba in Sumatra and Taupo in New Zealand.

Loc 2446-2449: But no matter how much we learn, we cannot prevent an eruption. And what can be said about the aftermath of the most catastrophic occurrences is still speculative at best. The good news, though, is that researchers now know enough about the sites of possible eruptions to predict with reasonable assurance that no such catastrophe will happen anytime soon.

Loc 2476-2477: Central Greenland experienced cold snaps as extreme as six degrees Celsius in just a few years. On the other hand it achieved roughly half of the heating sustained since the peak of the last ice age—more than 10 degrees C—in a mere decade.

Loc 2512-2515: Be they warm spells, cold snaps or prolonged droughts, the precipitous climate changes of the past all happened for essentially the same reason. In each case, a gradual change in temperature or other physical condition pushed a key driver of climate toward an invisible threshold. At the point that threshold was crossed, the climate driver—and thus the climate as well—flipped to a new and different state and usually stayed there for a long time.

Loc 2645-2650: Although the civil war is behind them, a new crisis is now afflicting Mozambique. In 2000, 2001 and 2007 disastrous floods in the Zambezi and Limpopo river basins displaced hundreds of thousands of people. The floods of 2007 alone displaced more than 100,000 people, half of whom were evacuated to temporary “accommodation centers.” In 2007, after earlier high waters had subsided, Cyclone Favio caused the Zambezi to overflow its banks again. During that episode, affected people lost their homes and livelihoods, as well access to medical facilities, sanitation and safe drinking water. Such double and triple blows greatly hinder communities’ abilities to recover, given that many people’s limited assets have been literally swept away.

Loc 2955-2959: For an organism to maintain the same degree of complexity, Dyson argued, its rate of information processing must be directly proportional to body temperature, whereas the rate of energy consumption is proportional to the square of the temperature (the additional factor of temperature comes from basic thermodynamics). Therefore, the power requirements slacken faster than cognitive alacrity does. At 310 kelvins, the human body expends approximately 100 watts. At 155 kelvins, an equivalently complex organism could think at half the speed but consume a quarter of the power. The trade-off is acceptable because physical processes in the environment slow down at a similar rate.

Between the previous books and the next one, my “Kindle keyboard” broke down. I first thought I should take this as a “positive 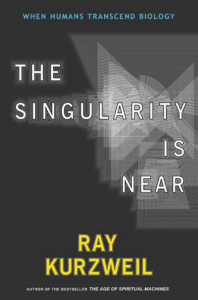 problem” and use it to get rid of the heavy hand of Amazon… I bought a “Kobo H20” only to discover, as I should have expected, that I was swapping the dependency on Amazon with a dependency on Kobo. The Kobo had some nice features, i.e. the fact that it is waterproof, which is handy when you read while walking the dog in the rain… but apart from that, I must admit that the old Kindle was a better gadget, among others because it was much less sluggish than the Kobo. Eventually, after getting tired of reading free and old ebooks (including some good ones) and of “deprotecting” my Amazon books to be able to read them on the Kobo, I eventually bought a “Kindle voyage”, and I am happy with it!

Some of the books I read between “The Innovators: How a Group of Hackers, Geniuses, and Geeks Created the Digital Revolution” (below) and “Lights Out: How It All Ends” (above) include

2015 January 07 >> The Innovators: How a Group of Hackers, Geniuses, and Geeks Created the Digital Revolution (Walter Isaacson) 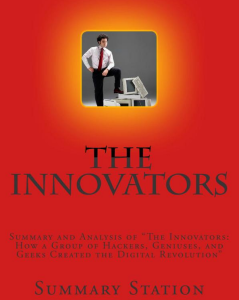 Loc. 215-18: The tale of their teamwork is important because we don’t often focus on how central that skill is to innovation. There are thousands of books celebrating people we biographers portray, or mythologize, as lone inventors. I’ve produced a few myself. Search the phrase “the man who invented” on Amazon and you get 1,860 book results. But we have far fewer tales of collaborative creativity, which is actually more important in understanding how today’s technology revolution was fashioned. It can also be more interesting.

Loc. 222-25: I also explore the social and cultural forces that provide the atmosphere for innovation. For the birth of the digital age, this included a research ecosystem that was nurtured by government spending and managed by a military-industrial-academic collaboration. Intersecting with that was a loose alliance of community organizers, communal-minded hippies, do-it-yourself hobbyists, and homebrew hackers, most of whom were suspicious of centralized authority.

Loc. 230-33: in the mid-nineteenth century, Thomas Carlyle declared that “the history of the world is but the biography of great men,” and Herbert Spencer responded with a theory that emphasized the role of societal forces. Academics and participants often view this balance differently. “As a professor, I tended to think of history as run by impersonal forces,” Henry Kissinger told reporters during one of his Middle East shuttle missions in the 1970s. “But when you see it in practice, you see the difference personalities make.”

Manage Cookie Consent
To provide the best experiences, we use technologies like cookies to store and/or access device information. Consenting to these technologies will allow us to process data such as browsing behavior or unique IDs on this site. Not consenting or withdrawing consent, may adversely affect certain features and functions.
Manage options Manage services Manage vendors Read more about these purposes
View preferences
{title} {title} {title}