I have been thinking a couple of minutes about how best to qualify this blog. Maybe “chaotic” and “anarchic” are too strong, but “mixed” and “diverse” are too weak. It is certainly heterogeneous, as it covers very different subjects and languages and often hesitates between “serious” and “not serious at all.” If you click the “Home” button you’ll find a typical three columns layout. The left has the standard WordPress links. Then there is a large central column and a narrow one on the right. The posts that are are marked “serious” appear in the large central column, while the narrow right column has the “funny” posts. This does not mean that the “fun” posts are not serious. Some of them are, but they mostly adopt a light and humorous tone, sometimes bordering on derision.

Some people have suggested that I should keep the “fun” and “serious” sections separate and publish two blogs instead, because, so they say, I am  serious scientist working in a serious institution. The advice makes sense, but I nevertheless won’t follow it, because I am one person, and also because managing two blogs is two times more work than managing one. Let me quote from the Wikipedia page of Kazuo Ishiguro, one of my preferred writers:

People are not two-thirds one thing and the remainder something else. Temperament, personality, or outlook don’t divide quite like that. The bits don’t separate clearly. You end up a funny homogeneous mixture. This is something that will become more common in the latter part of the century—people with mixed cultural backgrounds, and mixed racial backgrounds. That’s the way the world is going.

Readers that are scared or just put off by my adopting this “holistic” approach are invited to move on to some more serious place, of which there is no shortage. I sometimes go there myself!

I basically write about subjects I am interested in, such as geographic (including climatic) determinism, causality, the water chestnut Trapa natans, the nature of and the way in which innovations are adopted, human evolution, the future, the neolithic transition, linux, the ecological raison d’être of the concept of god, buckwheat,  etc. These subjects are all somehow related. Even human evolution is now tangible to ordinary people because DNA analyses

are commonly used for genealogical work (another subject I spent some time on), so that the fact that my Y-chromosome puts me under haplotype R1b1b2a1b4 tells me that I belong to the old palaeolithic background population of Europe, and that my male ancestors were part of the La Tène-Hallstatt iron age culture. It also tells me that I am Celtic, when I had been assuming for no good reason (except my mother tongue) that I am “Germanic”. In fact, I have been making notes about many subjects for along time. Some of this does not really age, such as a little collection of programmes about catastrophe theory or funny experiments with spirals. What I am undertaking with this blog is obviously a long-term exercise, and the structure is likely to change over time. For instance, if I decided to write a post about catastrophe theory (see below), I would in one way or another put it together with the note on tipping points!

Under the visible posts and pages, there is a queue of others waiting to be published, sooner or later, when they reach some level of maturity. I then change their status from draft to public, but I continue editing them, and adding and expanding sections as I come across interesting material. I often change the date so that the recently modified posts become… “recent”.  I would prefer a system where the ordering is imposed by the blogger rather than the date, Maybe I’ll eventually adopt fictitious dates, or  I may find a WordPress theme that does not use dates as the main criteria for classifying posts. 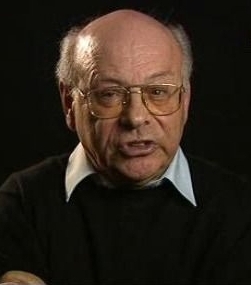 “Inspiration” comes mostly from my reading: book of all kinds, general scientific magazines (La Recherche, Scientific American, Nature and Science, some scientific journals,  plus newspapers, including the Wallstreet Journal when I cannot put my hands on anything else on an airplane), weeklies, the internet and many articles some friends and colleagues who know my interests keep sending me. Of course, even the Wallstreet Journal has some interesting papers – when they are not about politics -, and I have kept some in my archive (read: hard disk). I find it great that we can now collect things without occupying physical space, even if this eventually leads to the problem of classifying files and locating them when needed. I very much agree with Krzysztof Pomian about the importaqnce  of collections, museums and their organic link with Science, as well as the role they have played in the development of Science.

Where is this taking me? I am not sure, but I like the blog because it offers a simple and tidy interface, helps categorising thoughts, as I said, and also because it “materialises connections” through hyperlinks.