The Super Proton Synchroton (SPS) at CERN  (European Organization for Nuclear Research) is a  very large “machine” (a tunnel, about 7 km in diameter) located on the Swiss-French border near Geneva. Particles turn in cercles in the tunnel while being continuously accelerated, until they reach large speeds, after which they are usually smashed into some “target”. Scientists then look at the “pieces” and try to understand where exactly they came from. One of the “experiments” that has been ongoing for some time is OPERA, which explores some of the properties of neutrinos, one of the many elementary particles. Most normally ignorant people like you and I won’t probably understand what this is exactly about. However, the gist of the story I am about to tell is this: CERN recently accelerated neutrinos so much that they exceeded the permitted speed limit, i.e. the speed of light, which is supposed (dixit magister, i.e. Einstein) to be the NTE (not to exceed) speed in the universe we live in. It would be relatively annoying (but most interesting) if the finding by CERN should be confirmed, as this would force science to revise basic cosmological knowledge, including causality which we know to be linked with the arrow of time (See Cedric’s dormant blog). If CERN is correct, then present and future can be somehow mixed up and the many concepts we have known from Star Trek could become a little less science-fictional. After reading Homo evolutis (Enriquez & Gullans, 2011) and the papers listed in this post, I have the impression that the “science” of Star Trek (maybe even the Klingons and the Ferengis – or their cousins – ) is no longer so exotic. And that’s an idea I like! 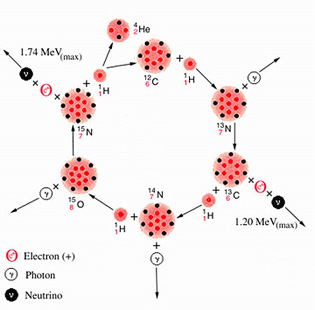 Of course, CERN sees this a bit differently. They want to avoid the difficulties faced by Fleischmann and Pons after their paper on cold fusion, Benveniste’s with the water memory and, generally, all those who do not unconditionally support the IPCC and its methods (also see How difficult it is to be a climatologist and Vehemence Vs competence on this blog). The attitude of CERN can be seen as a variant of the precautionary principle although it cannot be denied that many scientist just fear the long shadow of neo-dogmatism… To the theme of “consesnsus science”, consult the recent comment by Daniel Sarewitz in Nature (here or http://www.nature.com/news/2011/111005/pdf/478007a.pdf)

As to me, I cannot help enjoying the pussyfooting. Will my 62 readers forgive me the post below?

CERN recently announced that a beam of neutrinos travelling between Geneva and the Gran Sasso mountain in central Italy (730 km away) arrived there earlier than expected. They tried hard to find a flaw in their experiment but eventually had to admit theat they cannot actually rule out that the velocity of the neutrinos was indeed faster than the speed of light. The observation came as a big surprise to all those of us who were convinced that the only thing that travels faster than light is gossip, as has been noted about the CERN experiment in numerous web and printed comments.

All news agencies, all media and the websites of scientific magazines, from “popular” to “serious” reported the news. The most interesting thing is that no-one wants to admit that the findings of CERN could possibly be correct: that would be so unscientific! How could a decent scientist be so credulous? Could Einstein possibly have been wrong? At the same time, everyone would also like to be seen as one of the early adopters of the new truth… should the new truth actually be true! Every expert’s heart is balancing between the wish to be seen as a person who is at the same time a serious scientist and sufficiently open-minded not to exclude a possibly revolutionary scientific discovery.

As to me, I have always been convinced that the speed record held by light since the early 20th century (and before) will eventually be broken, though I did not expect it so early.  I have known for some time 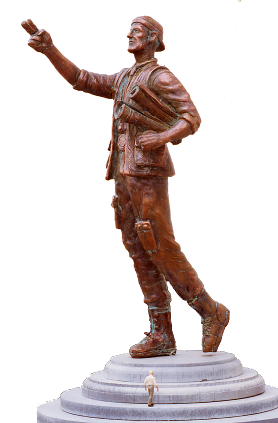 that Zefram Cochrane will be the first human being to fly a modified Titan II nuclear missile at warp speed  on 5 April 2063. Unfortunately, there is some uncertainty about his date of birth, according to wikipedia which, we all know, is roughly as reliable (or unreliable) as the Encyclopedia Britannica (see Giles, 2005; note 2).  Remember: if the CERN results are correct, we could possibly know of Cochrane’s work before it actually happened.

Experts hesitate between 2013 and 2030 for Cochrane’s date of birth. My preference goes to 2013, because he looks definitely older than thirty at the time of the flight.In other words: we have just two more years to wait to know whether the great scientist will be born within my period of (average) life expectancy.

The date of birth is important but not really crucial. What matters here is the time elapsed between the CERN discovery and the date of the first flight at warp speed: fifty two years. This seems realistic, considering the difference between the (admittedly elusive) mass of the neutrino and the Titan II rocket (about 150 T). I do realise that a good model can be an efficient forecasting tool; unfortunately, we sometimes have to resort to less accurate but nevertheless time proven analogical methods.

Here are some estimations and data about the time elapsed between a discovery and it’s widespread use. It took 35000 years from charcoal drawings to electronic word processing (personal communication from Eduardo M.), while the time elapsed between the invention of ceramics and its use in cooking pots is shorter: about 15000 years (Jeunesse, 2008). The first working laser was built in 1960 and the first laser mouse started roaming about on our desks as early as 1980. The piezoelectric effect is surprisingly old and some well known scientific figures worked on it, for instance Linnaeus (18th century), the Abbé Haüy (whom I remember well from my crystallography courses), Becquerel and others! The first quartz watch appeared as recently as 1969, which puts the time between discovery and application at approximately 200 years.

Let me summarise this (time in years)

This is in close agreement with the findings of Bettencourt et al. (2007) and Bettencourt and West (2011) according to which our modern world is characterised by an acceleration of the pace of innovation… to the extent that we may reach a limit (footnote 1) – after which no-one knows what will happen. Possibly stone age again?

In the meantime, I’ll quote from the website of Science Daily, more precisley from a post on the rate of global photosynthesis which, like neutrinos and the pace of innovation, has been undergoing an unexpected acceleration. The exact quote is: the global rate of photosynthesis is about 25 percent faster than thought.

Here you touch with your finger science-in-the-making. We know that photosynthesis is faster than thought, while some neutrinos (of the CERN type) are apparently faster than light. Since we know the rate of global photosynthesis (1.25 times the speed of thought), all physicists have to do is to work out the ratio between the velocities of thought and gossip. Some fuzzy logic will be needed (“faster than” is a bit imprecise) but the solution is now within reach.

J. Enriquez & S. Gullans. 2011. Homo evolutis.Amazon Kindle Edition, 58 pp. There does not seen to be a harcopy version available.

Footnote 1: I propose that the precise point in time after which no innovation will be possible be named after me, i.e. Wergosum’s lambda point (lambda for “limit”) and that it should be symbolized as

for obvious consistency reasons. I further suggest that the scientific community should carefully and democratically review the evidence provided in this post and let me know of any errors and misconceptions, whether theoretical or experimental. Emails are preferred to any other form of communication, especially fax, teletext, cable and 8-channel perforated tapes (my tape reader just broke down).

Footnote  2: Another  major difference between the Britannica and wikipedia, though, is that only wikipedia has articles on Zefram Cochrane and Hari Seldon!

One thought on “Are neutrinos faster than thought?”