The post on the risky business of forecasting is updated every time something happens with the trial of the scientists who failed to predict the L’Aquila earthquake. The trial reminded me of another story that happened in Italy: the Vajont disaster. In this case, the forecast was perfect (and far more certain than earthquake prediction) … but it will remain in textbooks on disaster management as the prototype  of a warning that did not trigger any action, for several good and some bad reasons (Delle Rose, 2012).  In L’Aquila we have the famous punish the innocent syndrome (though that may change, as the accused will certainly appeal to the judgement that sentenced them to 6 years in jail). In the Vajont dam disaster (2000 dead) it took judges thirty-four (34) years to close the case. Most people who should have been compensated had  conveniently passed away by then. Let’s see if L’Aquila will beat Vajont! In the meantime, here’s the story.

I first heard about the Vajont in October 2003, through a commemorative transmission on the Italian TV (RAI 2), a one-man-show where entertainer Marco Paolini for two hours told the story of the Vajont dam disaster. A remarkable artist for a remarkable transmission. The transmission was published by Enaudi but a low resolution version can also be watched on YouTube. The site of the dam is very visible on Google Earth. Look up these coordinates: 12.328889E  46.267222N (just paste them!) 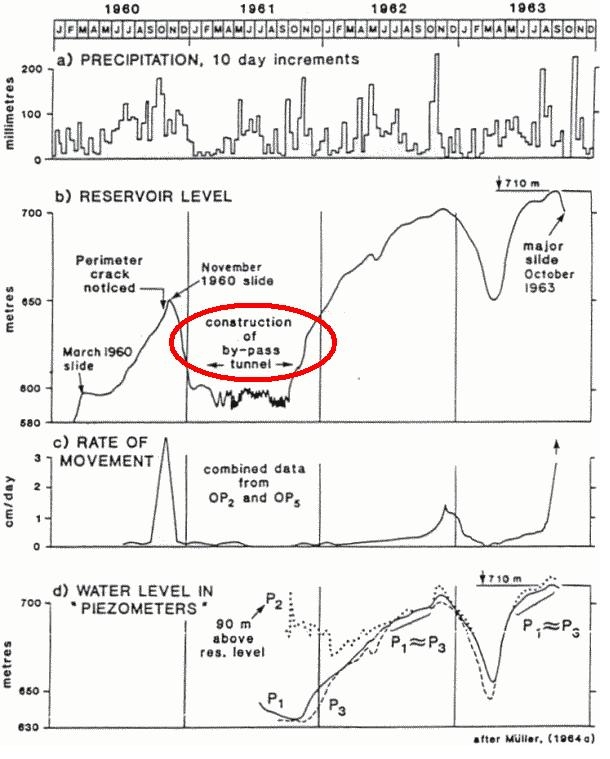 Figure 1: Chronology of the Vajont dam disaster. Downloaded from the internet in 2003. Source: Müller, 1964.

Here is what happened: a dam was constructed on the Vajont river (NE Italy) to produce electricity. As engineers started filling the dam (see figure 1) in March 1960, a small landslide occurred on the left bank of the lake. Geological analyses revealed that, in fact, the whole bank was at risk of falling “into the lake”. A complete monitoring system was installed (seismometers, visual markers, piezometers) on the mountain and the filling of the lake went on. In November 1960, a second, more serious slide occurred. Engineers understood that a “big” landslide would cut the lake in two, thereby significantly reducing the volume of the stored water. To avoid this, a bypass tunnel was constructed to connect the future two basins… And the filling of the lake went on, amidst micro-quakes, bigger quakes, cracks in house walls, roaring sounds etc (all heard from the village of Longarone, in the valley below the dam) that temporarily led to reducing the level of the lake to 650 m (a.s.l.). 650 m had been found by an expert from Pavia university to be a “safety level”. Clear signs were visible in the mountain that the surface of the mountain had started creeping (figure 2).

Figure 2: some of the signs showing, even to the non-technical  observer, that creeping (solifluxion) in under way.

In the meantime, energy production has been privatised in Italy, and ENEL (the government energy company) decided to go ahead with the filling of the dam. On 9 October 1963, at 22.39, “the mountain (Mount Toc) fell into the lake”, exactly as the experts and the engineers who built the bypass tunnel) had predicted [see “before” (figure 3a) and “after” (figure 3b) photos]).

Exactly? Well, not quite: (1) the land slide involved 300 million m³ of debris (more than anticipated), (2) a lot of water was splashed over the dam and (3) a lot too travelled into the valley ABOVE the lake, destroying several villages and killing about 2000 people. In the hours before a 100 m high wave travelled down the valley below the dam, police had blocked the roads into the valley, but strangely (maybe to avoid panic?) no one told people to get out of the village!

I like this story because we have a hybrid between a one-time event and a “creeping” disaster which had amply been studied and predicted. Moreover, a similar event had happened with the same Mount Toc in a nearby valley some time before. As with the 2003 heat wave in France, there was lots of public talk about the problem. Local people and journalists kept  asking the usual, perfectly sound questions … until the disaster happened.

Figure 3: the dam before (left) and after (right) the landslide. The source of the photographs is Semenza (2001, according to the Fioba blog.)

How does one define “vulnerability” in this case? The problem, obviously, was again, a communication problem and one of responsibility of decision makers. In the case of the Vajont disaster, the electricity company had to pay about 39 million Euro to individuals and to the municipalities. 11 Experts (including a geologist) and managers were sentenced to jail terms. One was not brought before court because he committed suicide in jail. Vajont, like Bhopal, Chernobyl etc are all disasters basically resulting from the disregard of human life because of economic interests.

The Vajont dam today (on the right) as seen in Google Earth. The site has become a popular destination for excursions. Look up the coordinates on Google Earth: 12.328889E  46.267222N. If you activate Panoramio, you will find lots of pictures taken by visitors.

The web has a lot about the Vajont disaster. Nice animations can be found on the website of Scientific American and the Fioba blog. Click here for a detailed account of the history of the dam, starting with early projects (1928) up to 1997, when Montedison was fined 55,645,758,500 Lire. Interesting information is also given by several wikipedia articles on landslides, Vajont dam,  Monte Toc, Seiches.

Hi, the facts are wrongly narrated, you should double check some parts. The dam, previously privately owned by SADE, was actually nationalized in 1962. It was actually SADE, private company, which filled the dam beyond 700m to maximise profits just before the management change. ENEL, the public company which took over only shortly before the disaster, had to drain the basin for fear of a new landslide, and by doing so actually accelerated the process ( in very simplified terms, but at least closer to the truth).

Thanks, Sissel, for the input and for showing me that my nine year old post still has readers.